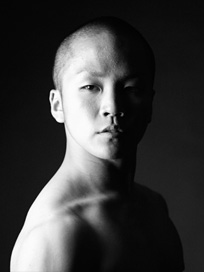 After graduating from Shumei Gakuen High School in 2009, Komori moved to New York as a scholarship student of the Alvin Ailey School.
After only one year at the school, he was selected to join the prestigious Ailey II.
From 2010, he has been part of Ailey II’s world tour, performing principally in the US and Europe.

Currently a dancer of Damege Dance in New York.